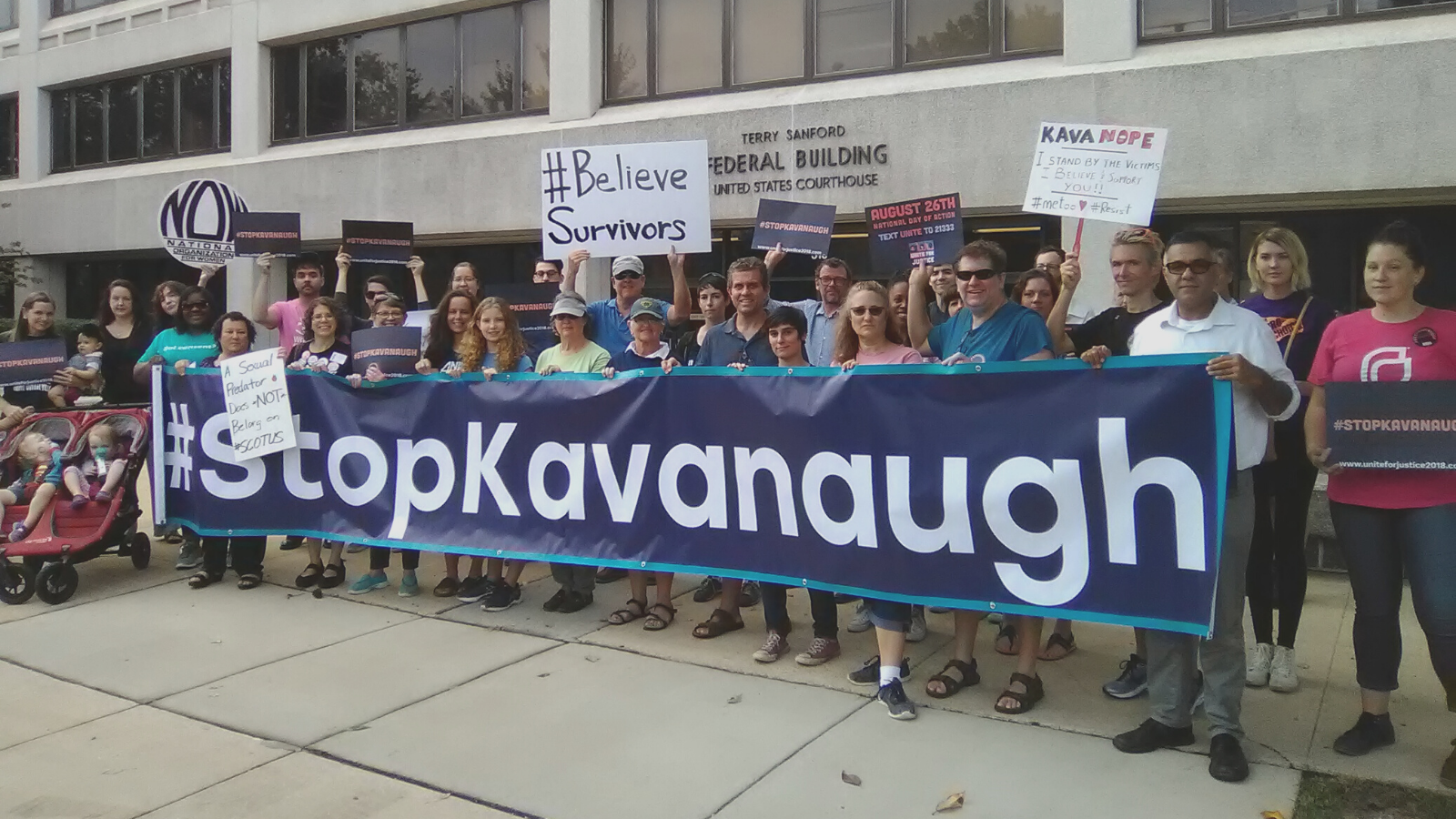 Since the nomination of Brett Kavanaugh to the Supreme Court on July 9 2018, we have demanded a thorough and comprehensive vetting take place as part of the confirmation process. After contentious and rushed hearings that included lies, concealed documents, and few direct answers, we now also have multiple separate allegations of sexual violence. Kavanaugh is in no way fit to serve a lifetime appointment to the Supreme Court.

Since July, Senators Burr and Tillis have said little that challenges Kavanuagh’s nomination, even in light of the allegations of sexual violence. Moving forward with a vote less than 24 hours after Dr. Christine Blasey Ford, a survivor of sexual assault, provided moving and credible testimony reveals that Kavanaugh’s supporters on the Senate Judiciary Committee had no plans to ever take her allegations seriously, or to honor her courage for stepping up to a role she never thought she would play. Yesterday’s hearing brought more questions than answers, and calls for a full FBI investigation should still be heeded.

As a member of the Senate Judiciary Committee, Senator Tillis has unfortunately been party to this shameful display of partisan political theater. Going along with the Republican plan to not even speak directly to Dr. Ford while grandstanding that Kavanaugh is the “real victim”, Senator Tillis demonstrated that he cares little for survivors of sexual violence. While he may identify more with Kavanaugh’s elite social circles, his job as Senator is to represent his constituents in North Carolina, including the 1 in 3 women who have experienced sexual violence during their lives. And as a member of the Senate Judiciary Committee, his job is to ensure fair and independent courts, something a Kavanaugh confirmation will put into jeopardy on the highest court.

Requiring Supreme Court justices be free from sexual assault allegations is a low standard to set, and yet neither Burr nor Tillis seem to be able to reach even that minimum standard.

There is too much at stake to treat these allegations as mere politics. North Carolinians are watching, and we will remember if Burr and Tillis do the right thing when given the obvious choice.

We know from Kavanaugh’s past rulings that he is hostile to abortion and contraception access, to voting rights, to workers’ rights, and to environmental protections. His professional record shows him to be a hyper-partisan political operative who will tip the balance of the highest court in the land. And now multiple women have accused him of sexual assault. This is not someone who should be on the Supreme Court. His nomination must be stopped.